Join us in Rallying to Defend Reproductive Rights on October 2nd 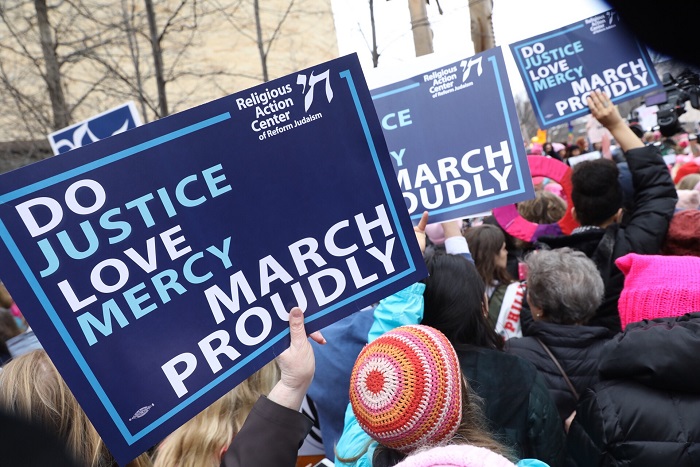 At this moment when the legal right to an abortion is under dire threat, the Religious Action Center and the Women of Reform Judaism are proud to support the nationwide Rally for Abortion Justice occurring on October 2nd.

The right to abortion is meaningless if it is not accessible. On September 2, 2021, the Supreme Court voted 5-4 to uphold Texas’s anti-abortion legislation, the most restrictive in the country. This new law is a novel strategy to restrict abortion access by banning abortions after six weeks and giving people the power to sue abortion providers. In fact, private citizens are incentivized to sue, as anyone who successfully sues an abortion provider, or anyone suspected of helping someone access an abortion, is entitled to at least $10,000 plus their legal fees. Anti-abortion politicians in other states are eager and ready to follow suit, with Florida legislators already drafting their own bill.

Texas is not alone in its efforts to undermine and even overturn Roe: Since 2011, more than 573 state laws, and 90 in 2021 alone, have been enacted to restrict abortion access. These include mandatory waiting periods, parental consent laws, required biased counseling, gestational bans, and targeted regulation of abortion providers (TRAP) laws. As a result of these state restrictions, hundreds of clinics have been forced to close, providers are unable to deliver necessary medical care, and patients cannot obtain the health care services they need. All of these restrictions disproportionately and negatively impact Communities of Color.

The upcoming Rally for Abortion Justice happening in DC and cites nationwide comes ahead of the October 4th opening of the Supreme Court’s new term. The RAC and the WRJ are joining in the march to send a unified message to the Supreme Court and lawmakers across the country that we are committed to standing against the relentless attacks on abortion care and fighting for reproductive freedom.

Our Jewish tradition teaches that providing health care is not just an obligation for the patient and the doctor, but for all of society. It is for this reason that Maimonides listed health care first on his list of the ten most important communal services that a city has to offer to its residents (Mishneh Torah, Hilchot De'ot IV: 23).

Further, the rabbis tell us that a physician’s job is to heal, and if they withhold medical care, it is as if they have shed blood. “The Torah has granted the physician permission to heal, and it is a religious duty which comes under the rule of saving an endangered life. If he withholds treatment, he is regarded as one who sheds blood.” (Shulchan Arukh, Yoreh De’ah 336:1).

It is because of these traditions, along with the Jewish value of kavod ha’briyot, respect for individual dignity, that we must speak out for unfettered abortion access and against regressive laws that prevent physicians and other health care professionals from providing health care.

Learn more and pledge to march to defend reproductive rights

Lillie Heyman (she/her) is a 2021-2022 Eisendrath Legislative Assistant at the Religious Action Center of Reform Judaism. She grew up in Florham Park, N.J., as a member of Congregation Beth Hatikvah.