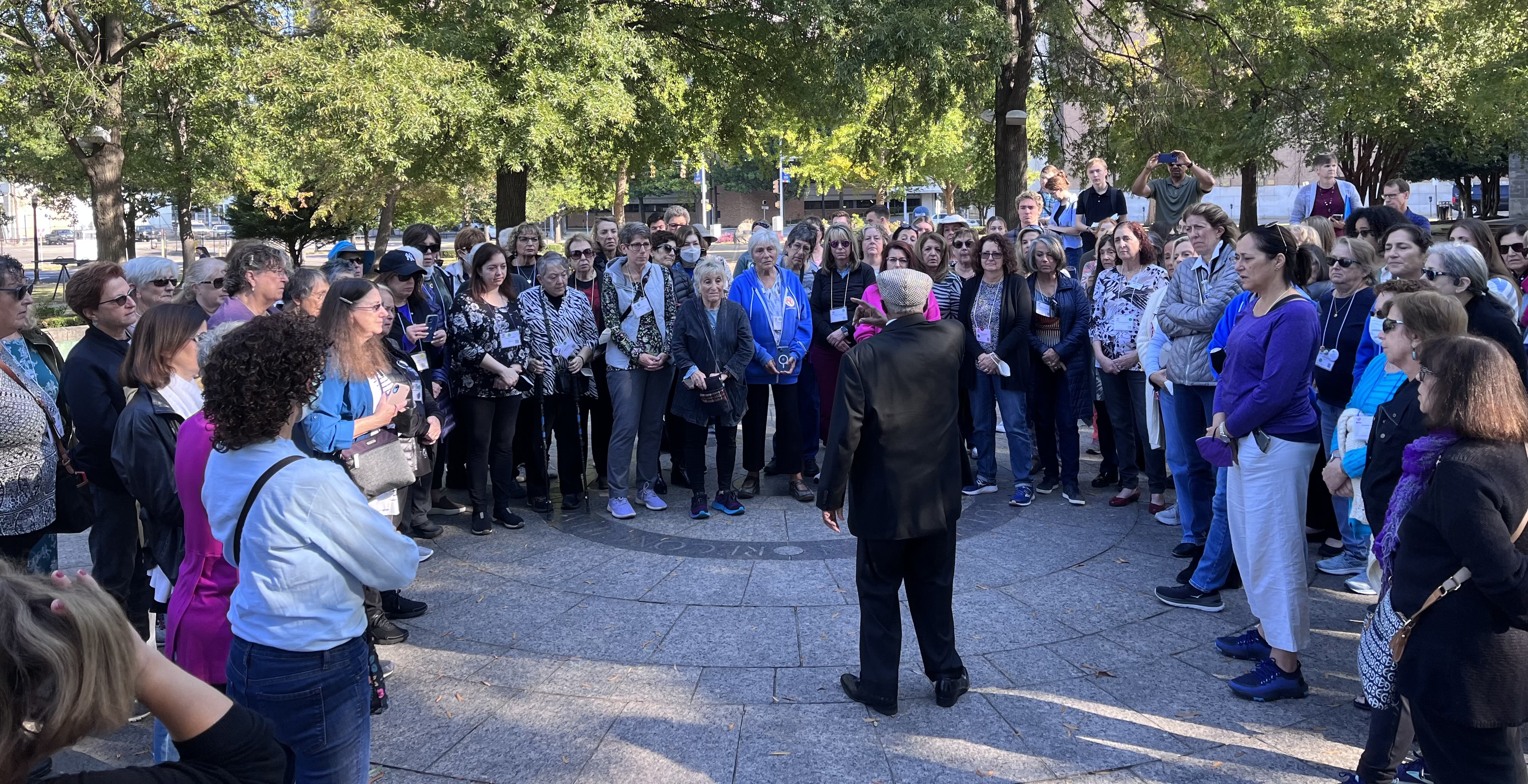 Parashat Tol’Dot (Genesis 25:19-28:19) tells the story of Rebekah, Isaac, and their twin sons, Esau and Joseph. A pregnant Rebekah, suffering from the pressure of pregnancy, inquired of God, ‘why do I exist?’. God told her that she has “two peoples in her belly; two nations shall branch off from each other [as they emerge] from your womb. One people shall prevail over the other; the elder shall serve the younger.’ These two peoples, twins by birth, are anything but identical. Esau is hairy, red, and a true outdoorsman; Joseph is smooth-skinned and a homebody. Isaac preferred Esau because ‘he put game in his mouth,’ and Rebekah favored Jacob.

As the elder brother, Esau was entitled to the birthright of the firstborn, but one day, out of hunger, he sold it to Jacob for ‘some of that red stuff,’ bread and lentil stew. Many years later, when Isaac had grown old, he asked Esau to go out one last time and hunt him some game and make him tasty dishes to eat so “I can give you my heartfelt blessing before I die.” Rebekah, overhearing this discussion, rushed to Jacob and instructed him to do as Isaac had asked of Esau - bring him tasty dishes to eat so he could receive Isaac’s blessing. Isaac’s eyesight was failing, but Jacob knew he would still be able to recognize that the man in front of him was not Esau. Rebekah had him dress in Esau’s clothing and disguised his hands to be hairy. The plan worked, and Isaac gave his blessing to Jacob. Esau returned with the requested dishes just after Isaac finished blessing Jacob. When Esau presented himself to Isaac, Isaac shuddered, but because he had blessed Jacob, the blessing would remain with Jacob. Esau was angry as his brother had earlier cheated him of his birthright and now cheated him of his blessing. He pleaded with his father to also be blessed. Isaac then blessed him. Esau was angry and threatened to kill Jacob. Rebekah heard Esau’s plan and told Jacob to flee. Isaac gave Jacob the blessing of Abraham before sending him away. From this, the people of Jacob inherited “the land in which you have sojourned, that God gave to Abraham.” Esau, before leaving to become free from his brother’s rule, asked Isaac only for approval in selecting a non-Canaanite wife.

Commentaries on the story of Isaac, Rebekah, Esau, and Jacob often focus on family relationships and conflicts, motherhood, or the challenges of being childless. As I read, and re-read, this parashah, I was continually drawn to the concept of ‘two peoples’ and the idea that the elder shall serve the younger. I struggled with why, what was this part of the story trying to tell me? And then, I realized there were several parallels to my experiences on the WRJ Civil Rights Journey (CRJ) I had just completed. Over four days, 94 WRJ women (with our Etgar36 tour guides and bus drivers) traveled 480 miles from Atlanta to Montgomery, Selma, and finally, Birmingham before heading back to Atlanta. The Civil Rights Journey gave us each an opportunity to wrestle with the ‘2 peoples’ (Black and White) history of the United States and the servitude and racial subordination that has outlived slavery by visiting museums, historic sites, and - most importantly - hearing first hand from those who were witnesses to that history.

Our journey started in Montgomery, Alabama, at the Equal Justice Initiative’s Legacy Museum, which powerfully tells the story of Blacks in America ‘from enslavement to mass incarceration. Here is where I wrestled with slavery and the impact of the transatlantic slave trade and, after the importation of slaves was prohibited in 1808, the domestic slave trade. Even after slavery was outlawed in 1865 by the 13th Amendment, Blacks, especially in the South, were subject to racial subordination through laws and customs. Some of the most horrific examples of this racial subordination were on display at our second stop, the Equal Justice Initiative’s Memorial for Peace and Justice. There, on the top of a small hill, stands one of the most powerful symbols of racial hate - a memorial to the more than 4,400 Black people who were killed by lynching between 1877 and 1950. The memorial consists of 800 steel monuments, each representing one county in the 12 states where the majority of these lynchings occurred. Each monument is engraved with the name (when known), date, and location of the lynching. Slowly, quietly, and respectfully, we walked through the monument and read the names as if we were saying Kaddish.

The next two stops, the Rosa Parks Museum in Montgomery and a visit to Selma (with a walk across the Edmund Pettus Bridge), were moving examples of the impacts of ‘2 peoples’. Rosa Parks was just one of many women in Montgomery who, in the early 1950s, took a stand against Blacks having to give up their seats to Whites and move to the back of the bus. Following her arrest on December 1, 1955, the Black citizens of Montgomery banded together to peacefully boycott the Montgomery Bus Company, a boycott that lasted 13 months. In Selma, we learned about the struggle for voting rights, culminating in the march from Selma to Montgomery in 1965. Joanne Bland shared with us her personal story when, as an 11-year-old, she was a participant in ‘Bloody Sunday’ - the first attempt at what was to be a peaceful march. Later that year, the Voting Rights Act of 1965 was signed into law, prohibiting racial discrimination in voting.

It was at the Birmingham Civil Rights Institute where I most strongly witnessed the impacts of ‘2 peoples.’ What stood out to me were the exhibits that described life in Birmingham in the 1950s, when it was the most segregated city in the country. Blacks and whites lived in distinct communities with extensive laws designed to keep them apart. These laws lasted until the city was desegregated in 1963. Finally, before heading back to Atlanta, we heard from Bishop Calvin Woods about the violence inflicted by the Birmingham police on Black children participating in peaceful protests against segregation.

In the United States, slavery and segregation meant that Blacks and whites lived as ‘2 peoples’ where whites prevailed over Blacks. While laws have been passed to remove barriers to equal justice, centuries of racial subordination and discrimination do not end just because laws are passed to prohibit them. There is still much work to be done in the US to ensure that all persons have their civil rights and that, unlike the blessing Isaac conferred on Esau, they can live freely wherever they wish to reside. We, as individuals and through WRJ, can help affect change through participation in any number of social action and social justice initiatives. 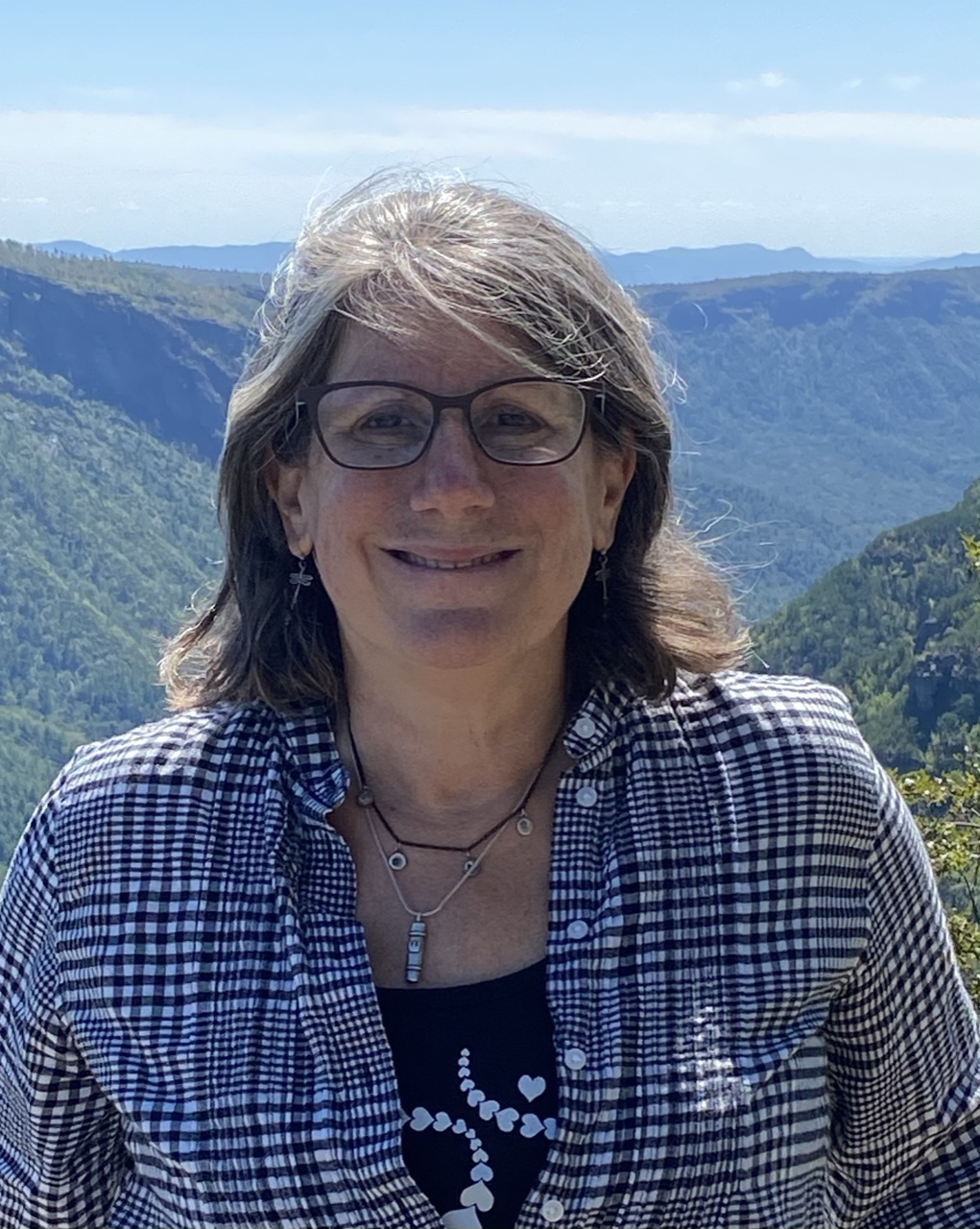 Sharon Zydney is a WRJ North American Board Member and a member of Temple Emanu-El Sisterhood in Westfield, NJ.

END_OF_DOCUMENT_TOKEN_TO_BE_REPLACED 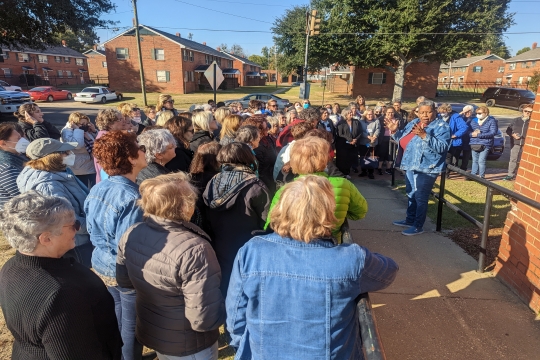 Right now, women have opportunities to make a difference in every aspect of life: in our families, communities, country, and the world. Perhaps, it is not our obligation to finish this work, but it is our responsibility to act, participate, stand strong, and work together within the various opportunities to repair our world. It would appear that a major effort must continue to ensure the rights and opportunities of all women and hope that G-d listens and guides us as we do the work of Women of Reform Judaism and other groups who share our values, visions and goals.
Voices of WRJ
Image 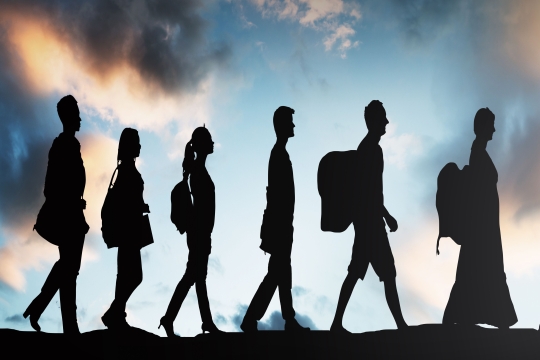 Perhaps my greatest journey has been, and continues to be, my spiritual one. It is not a destination, but a mindset. To be one with God and my loved ones. Today, it is my life’s purpose. I think of the faith I have in God, after being a non-practicing Conservative Jew for more than twenty years, all spurred on by the beauty of Reform Judaism where inclusivity - and even individuality - are at its very core. WRJ has also played a big part in my spiritual journey. No matter where I journey in ‘WRJ-land,” I am home.
View More