As a rabbi, I have officiated at a great many funerals during the 37-plus years of my Rabbinate, as you can imagine. There were a few, of course, for members of my own family, though, for the overwhelming majority, my role was as Rabbi, not as a direct mourner.

That said, I would like to tell you about one funeral that particularly stands out in my memory, even now, decades later. It was a graveside funeral out at Salem Fields Cemetery in Brooklyn, owned and operated by Temple Emanu-El of New York, where I was serving as Assistant Rabbi at the time (the mid-1980s). The woman who had died was not being buried in the ground but rather in an impressive mausoleum. Thus, this was more accurately characterized as an entombment, though the service is basically the same.

This woman lived to be 103 years old. Not quite as old as Jacob, who, as we learn at the beginning of Parashat Vayechi, lived for 147 years.1 Nor as old as Joseph, who, as the end of the parashah tells us, lived to 110.2. Nevertheless, 103, even in contemporary experience, is still an unusually long lifespan. What’s more, she had enjoyed relatively good health and independence until her last couple of years when she needed just a bit of assistance. This assistance was provided by two very sweet women, both from Ireland, who themselves were getting on in years, relatively speaking. The downside of attaining this ripe age, however, was that this woman had outlived virtually everyone in her life:  her husband, her children, her siblings, her friends, and her associates. Thus, the only people in attendance at her funeral were her physician (who also was her friend), the attorney for her estate, the two Irish women, and myself. Only a few things were told to me about her life beyond what I already have told you, so the eulogy was very brief indeed.3 I read some psalms and additional readings from The Rabbi’s Manual,4 concluding with El Malei Rachamim and Kaddish. Then we bade her farewell, the casket was entombed, and our little assemblage got back into the limousine that had brought us all out and returned us to our various points of departure.

Aside from these details, the most striking memory for me was the drive back from the cemetery. The doctor and the two women sat up front. I sat in the back with the attorney, with whom I had an absolutely fascinating conversation about his work as a trusts and estates lawyer. As he described it, only a part of his work was recording legal details. But an additional and significant component, he said, really crossed over into the realm of psychology. He observed that, at times, there are people who seem to want to reach out from the grave and continue to control their families from the hereafter. At this, he raised his hand and made a twisting motion as if to simulate a hand reaching out from the grave. It was an extraordinary demonstration. Then he told me that often he would try to reason with such people. “Is this really the legacy that you want to leave behind – for your children and family to be at each other’s throats for the rest of their lives?” I have never forgotten that conversation, nor the “visuals” that accompanied it.

With Parashat Vayechi, we conclude the narrative of the Book of Genesis. Virtually from the beginning, there has been strife within families: jealousy, hurt, competition, anger, violence, and even murder: Cain and Abel, Isaac and Ishmael, Jacob and Esau, Leah and Rachel, and of course, Joseph and his brothers. It is a graphic presentation of how dysfunction in one generation breeds dysfunction in the next. But here in Parashat Vayechi, as the Genesis narrative draws to a close, finally, we find a nechemta – a note of hope. Not only is there some semblance of reconciliation between Joseph and his brothers, but before his death, their father Jacob himself places his hands upon the sons of Joseph, Efraim, and Menashe and blesses them. As many interpreters have noted, Efraim and Menashe were the first generation to break the pattern of enmity, as they enjoyed a peaceful and loving fraternal relationship throughout their lives. Thus, to this day, the Children of Israel bless their children each Shabbat and Holy Day by remembering these two brothers, along with the four Matriarchs: May God make you like Efraim and Menashe (Sarah, Rebecca, Rachel, and Leah).5

It is often said that we learn by example. We watch our elders – parents and grandparents, extended family members, teachers, public figures, and other exemplars in our lives–and try to emulate them. Sometimes though, when these exemplars engage in negative behavior, hopefully, we will be astute enough to learn from them by negative example. We and those who come after us need not doom ourselves to repeating the mistakes and bad behavior of generations past. All of us have the power to improve–to do better. This is a core value and belief of Jewish life.

And so, as we close out our reading of the Book of Genesis, and indeed, as we conclude every book of our Torah, we proclaim with strength and hope as one people: Chazak, Chazak, Venitchazek – Be strong, be very strong, and we shall strengthen each other.

3. If I may suggest, the Jewish Women’s Archive has put together a questionnaire to help us to collate facts and impressions about our own lives. This is not the only such resource available, but it’s a good one. Of course, we can add to it or vary it as we see fit. Then, we might want to give it to our loved ones and our rabbis. It might prove to be very helpful.  https://jwa.org/celebrate25/25questions

4. The Rabbi's Manual, published by the Central Conference of American Rabbis, New York, 1961.  (I would note that in the years following the time I have referenced, the CCAR published beautifully revised and enhanced materials for rabbis to draw upon for life cycle events.  The most recent is L'CHOL Z'MAN V'EIT: FOR SACRED MOMENTS, New York, 2021.  It is a wonderful resource for rabbis and cantors alike.) 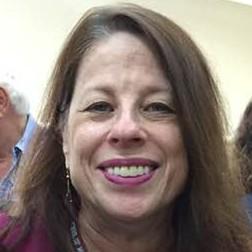 Rabbi Linda Henry Goodman is a member of the North American Board of WRJ, and co-chair of WRJ’s Israel Education Committee. She is the Rabbi Emerita of Union Temple of Brooklyn, and a member of the CCAR and WRN. She was the first woman to serve as President of the New York Board of Rabbis and is a Senior Rabbinic Fellow of the Shalom Hartman Institute in Jerusalem. She lives in Garden City, NY.

END_OF_DOCUMENT_TOKEN_TO_BE_REPLACED 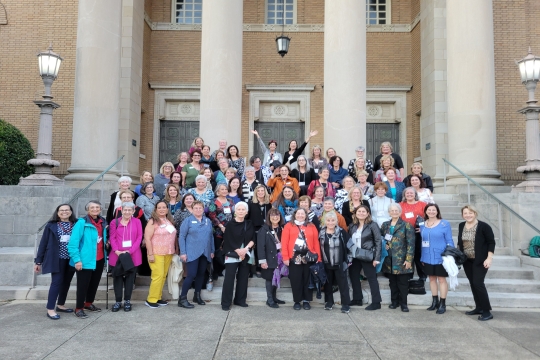 While we may not be able to get verbal reassurance from God like Moses did, we carry with us an inspiring and reassuring history of strong, capable Jewish women—of which we are also a part. Success may not come easily or be guaranteed, but by taking on more responsibility, accepting positions of leadership, and carrying on despite the challenges ahead, we will grow into ourselves, expand the knowledge and skills we already have, and learn from any potential failure. This year, let’s remember that we are up to the task; and not only are we up to it, but we are also incredibly capable of tackling the unknown.
Mikeitz
Image

What really stood out to me as I was reading the Contemporary Reflections in The Torah: A Women’s Commentary by Judy Schindler was her reminder of Joseph’s children’s Ephraim and Manasseh becoming part of our tables for generations – the Sabbath Prayer. “May you be like Ephraim and Manasseh.” It reminds me of the many Shabbats I spent hearing the Fiddler on the Roof version of the Sabbath Prayer at Henry S. Jacobs Camps. I remember how comforting it always is to hear, “May the Lord protect and defend you.” After hearing, “May you be like Ruth and like Esther,” I am instantly taken back to wearing white and sweating (it is hot in Utica, MS!).
Voices of WRJ
Image 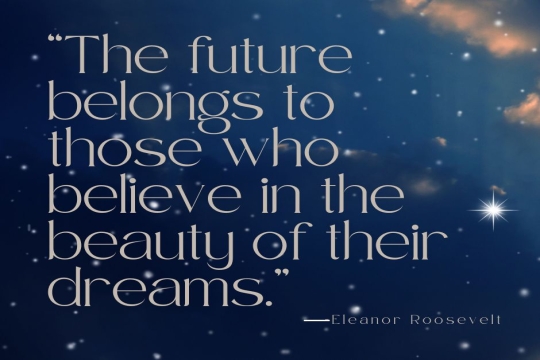 Over the years, I have heard so many stories of women who had big dreams for themselves, their families, and yes, even their women’s groups, but had let them go because they were told to be realistic and get their heads out of the clouds. They were told that their dreams would never come true. During those conversations, I encouraged those women to revisit their dreams. I told them that, as with our friend Joseph, dreams could be connections with God and our most authentic selves, and we owe it to ourselves to try to make them come true.
View More