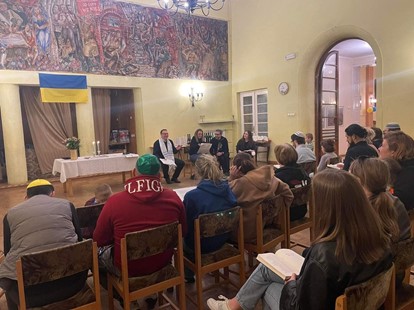 Rabbi Igor Zinkov is co-leading this Kabbalat Shabbat service at a Ukrainian Refugee centre in Poland.

My parents spent most of their lives in the USSR, where religion was forbidden, and I grew up in a big, industrial, Russian city. All of this meant I experienced hardly any Jewish practices in my family. For instance, I knew that you are supposed to eat matzah on Passover, but I had no knowledge of anything else, so I ate matzah as a snack alongside everyday food.

Following the collapse of the Soviet Union, Jewish organizations started to open educational programs in post-soviet countries. When I was 10, my grandmother found out that there was a Jewish summer camp near me and encouraged my parents to send me there. This was the first time the Jewish community changed my life. My time at this summer camp ignited my involvement in the local Jewish community. After ten years of active participation, learning, and volunteering, I became a service leader for the local Reform synagogue in Chelyabinsk, Russia. These experiences allowed me to dream of learning more about Judaism and ultimately led me to my journey of becoming a rabbi.

That dream became a reality when The World Union for Progressive Judaism (WUPJ) and Women of Reform Judaism (WRJ) offered me a scholarship to become a rabbi. This was a life-changing moment for me – I could not believe that organizations from another part of the world would be willing to support me as I achieved my dream. I am most inspired and moved by the Jewish community’s empowerment of others, and WRJ showed me what it means to care, support, nurture, and help people like me achieve their dreams. They helped me achieve mine, so now is my turn to help others.

WRJ’s YES Fund provides rabbinical and cantorial studies scholarships at seminaries and institutions worldwide. (Rabbi Julia Gris of Odessa, Ukraine, was also a recipient of a YES Fund scholarship.) I became a recipient of mine during my studies at Leo Baeck College (LBC) in London from 2014 to 2019. When I arrived in the UK, I knew enough English to get by in everyday life, but it was not up to good academic standing. This meant that all assignments took me a long time, and I had to spend at least two hours improving my English every day. My YES Fund scholarship allowed me to focus on my studies at this critical time.

I am deeply appreciative of all who are involved in WRJ, and I am endlessly grateful for your ongoing support of young rabbis like me. Your partnership goes far beyond providing financial help – your sacred work puts fundamental Jewish principles into action – the principles of community, learning, and mutual responsibility.

My experience as an international student at Leo Baeck College was overwhelmingly positive. LBC has a long history of preparing rabbis from Russia, Ukraine, and Belarus. There are photographs from all rabbinic ordinations in the college offices' corridor since its establishment, which was a constant source of inspiration for me. On those walls, I saw rabbis from Ukraine, Belarus, and Russia, who motivated and guided me and gave me the sense of who I am today. I know that many of them also received support from the YES Fund.

I must also say a few words about what is currently happening in that region. The Jewish part of my family goes back to many generations of Ukrainian Jews, and my grandparents were born in Kyiv and Odessa. During WWII, they escaped the Holocaust by fleeing to Chelyabinsk, Russia. According to the family story, they wanted to come back to Ukraine after the war, but their house was taken by somebody else, so they returned to Russia and settled there. Today, my parents are in Russia, and my extended family is in Ukraine.

Because of my family’s background and my upbringing, the current war in Ukraine has had a deeply personal impact on me. A few days before the war, it was unclear if Putin would attack Ukraine. I pushed these dreadful thoughts away and did not believe those who warned the world about it. I thought it would never happen.

At the early onset of this conflict, people were growing anxious. I felt the need to organize a Solidarity Shabbat with the Ukrainian Jewish community in partnership with WUPJ, Liberal Judaism, and many others. The service took place at The Liberal Jewish Synagogue in London, where I serve as a Rabbi, and was live-streamed worldwide. The guest speaker was Julia Gris, a Ukrainian progressive Rabbi from Odessa. Together with Julia and the support of WUPJ, we decided to create a Ukraine Crisis Fund. This way, people could express their solidarity in action as well as in their presence and words.

As the war progressed, it became clear that this fund was not just a symbol of solidarity but an urgent necessity. Over the last six weeks, Carole Sterling, chair of WUPJ and past WRJ Board member, and I coordinated the WUPJ/EUPJ Ukraine Crisis Fund, an international Jewish fund. We are deeply grateful for WRJ’s support of this fund as well. We hope that one day, we will spend this money on building synagogues and communities, training rabbis and Jewish educators and musicians, organizing seminars, summer camps, and many other exciting programs – but all of that will come later.

We must do everything we can to help and support those in critical need - people in Ukraine and Ukrainian refugees.

WRJ and WUPJ are Jewish organizations that helped me and showed me that all Jews are responsible for one another. They continue to stand up and provide support in the most difficult of times. Now it is my turn to use the gift I received from you to help those in need. Today, I am able to help, to give back, and to carry on the values that all of you hold true. And I do it with a deep sense of gratitude to those who supported me on my journey. 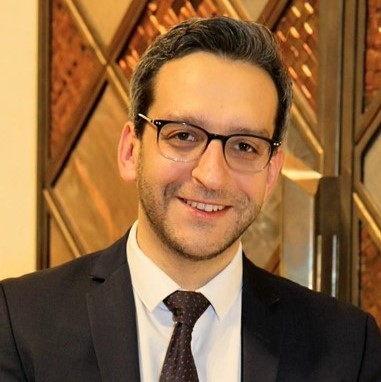 Rabbi Igor Zinkov is a rabbi at The Liberal Jewish Synagogue in London and co-chair of the WUPJ / EUPJ Ukraine Crisis Committee. Originally from Chelyabinsk, Russia, he was a service leader for the local Reform community. He achieved a degree in engineering and worked in business before beginning his journey to the Rabbinate with studies in Moscow, Jerusalem, and London. Igor has extensive experience in youth work and education in Russian-speaking countries and has worked with organizations including WUPJ, Netzer, JDC, Birthright, and JAFI. In 2019 Igor received Rabbinic ordination from Leo Baeck College, London, and an MA in Jewish Theology and Hebrew from Middlesex University.

END_OF_DOCUMENT_TOKEN_TO_BE_REPLACED 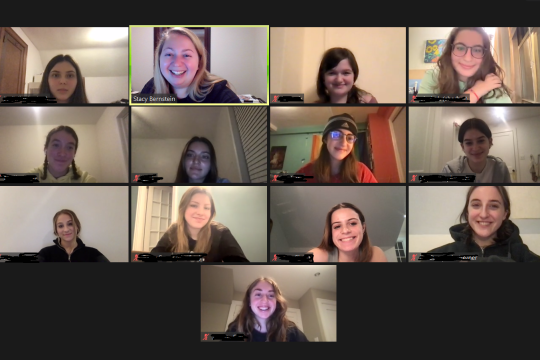 Kol Koleinu: An inclusive space for teen feminists to learn, connect, and grow 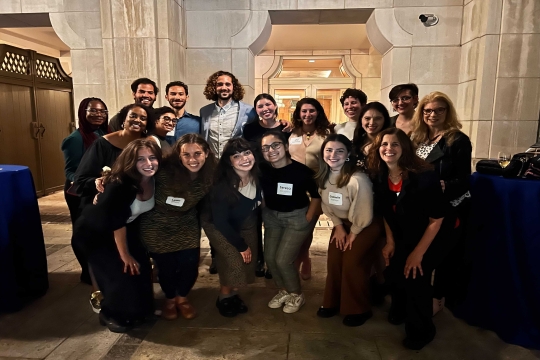 With the generous support of Women of Reform Judaism (WRJ), the Avodah Jewish Service Corps. launched its first Jews of Color (JOC) Bayit in August for the 2021-2022 service year. The JOC Bayit is a ground-breaking new experience designed, built, and run by Jews of Color for Jews of Color.
WRJ YES Fund Grantee
Image 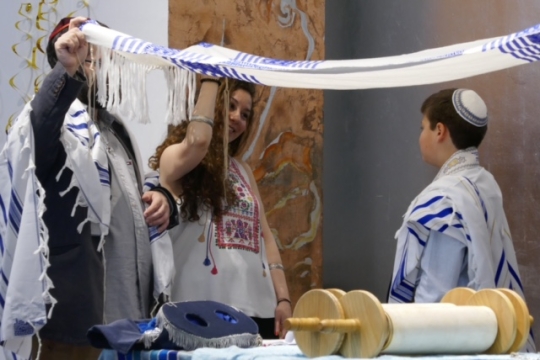 Becoming a Reform Rabbi in the language of the Quixote

The first time I personally connected with Women of Reform Judaism (WRJ) was in 2015 at the URJ Biennial in Orlando where I was invited as their guest.
View More