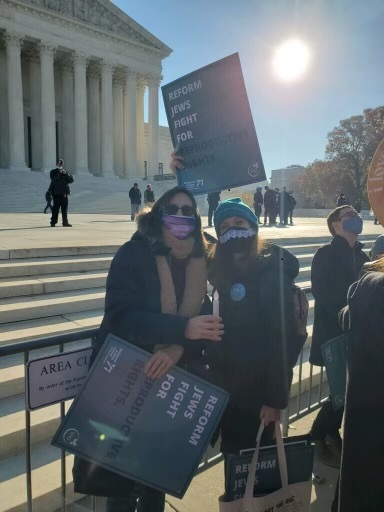 WRJ's VP of Advocacy Shoshana Dweck and RAC/WRJ Legislative Assistant Lillie Heyman at the rally on the steps of the Supreme Court.

Bright and early on the sunny Wednesday morning of December 1st, members of the faith community joined together for a moment of grounding to celebrate our support for abortion access and honor the dignity of those seeking care. At the pre-rally, interfaith gathering, the sanctuary buzzed with unity and purpose. Being with fellow Jews, Catholics, Muslims, and advocates of other faith backgrounds, on the day the Supreme Court heard oral arguments for Dobbs v. Jackson Women’s Health Organization, was uplifting and empowering.

Dobbs v. Jackson Women’s Health Organization, one of the most consequential abortion rights cases in generations, concerns the constitutionality of Mississippi’s 2018 “Gestational Age Act,” which prohibits abortions after the fifteenth week of pregnancy except in cases of medical emergencies and fetal abnormalities. This case directly challenges the right to abortion affirmed by Roe v. Wade and the fundamental right to live with autonomy, dignity, and equality.

Faith and political leaders took to the podium to inspire us: Rabbi Mira Rivera, Rev. Leslie Watson Wilson, Maggie Siddiqi (Center for American Progress), Sheila Katz (National Council of Jewish Women), and Jamie L. Manson (Catholics for Choice), as well as members of Congress Rep. Jan Schakowsky (D-IL), Rep. Judy Chu (D-CA), and Rep. Sylvia Garcia (D-TX). Rabbi Rivera gathered the fringes of her tallit in her hand as a visual reminder that we work to protect abortion access for everyone, especially those on the fringes, as abortion restrictions disproportionately harm marginalized communities. This battle is draining, and we have a long road ahead, but like warriors, as Rep. Schakowsky encouraged, we must keep up the fight.

With the intensity of the opposition that cloaks its position in religious rhetoric, it is easy to make the mistake of thinking that people of faith must be against abortion. However, as we marched together to the steps of the Supreme Court, our message was loud and clear: “People of faith say - abortion is essential!” We fight for abortion access because of our faith, not despite it.

At the rally, we focused our attention on the line-up of diverse speakers, including storytellers; independent abortion providers like Jackson Women’s Health Organization in Mississippi, Whole Women’s Health in Texas, and Hope Medical Group for Women in Louisiana; and Members of Congress, some of whom shared their own abortion stories. In his remarks, Senator Schumer pledged to bring the Women’s Health Protection Act to the Senate floor – reminding us that our fight is not just in the Courts but also in the states and in Congress.

The speakers reiterated that the impact of abortion restrictions and bans fall hardest on people who already face discriminatory obstacles to health care: women, Black, Indigenous & other people of color, the LGBTQI+ community, immigrants, young people, people with disabilities, and those working to make ends meet. Access to abortion is a matter of racial justice and gender equality.

People of diverse backgrounds, religious and secular, came from near and far to rally on the steps of SCOTUS. As children, abortion providers, parents, faith leaders, elected officials, people who have had abortions, and advocates, we stood together to fight for each other’s right to control our bodies, our health, and our futures. Amongst the sea of abortion advocates, there were posters that exclaimed “Reform Jews Fight for Reproductive Rights,” “This Catholic Supports Abortion Access,” “I have had an abortion,” “Someone I love has had an abortion!” and “Liberate Abortion!”—just to name a few.

Today, the power of our movement is as strong as ever, and we must stand up to the relentless attacks on abortion access across the country.

Join us in taking action to fight for our communities and push for bold solutions that ensure abortion is available, affordable, and accessible for anyone who needs it.

Join us in January for two powerful webinars to learn and advocate:

Be inspired by the Interfaith Gathering live stream here: https://www.facebook.com/CatholicsforChoice/videos/1271351866684718/ 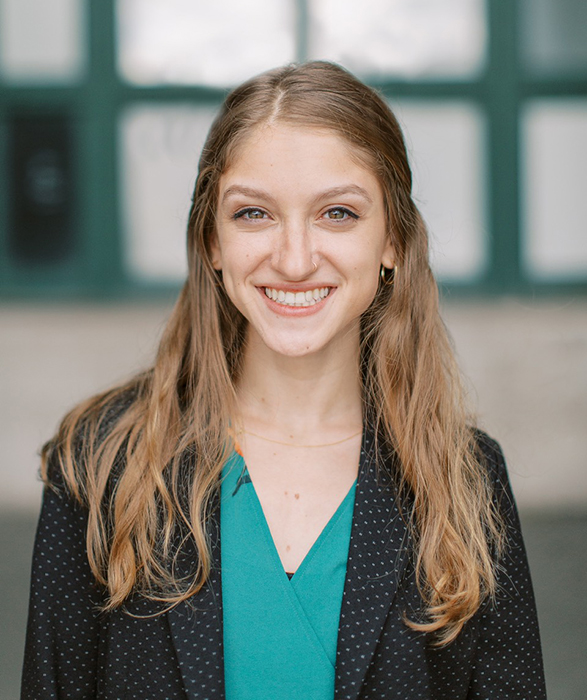 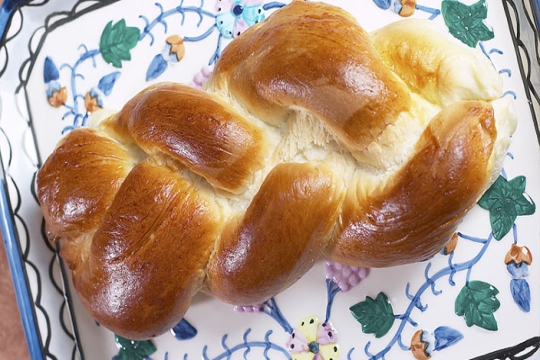