Hanukkah, also known as the Festival of Lights, begins on the 25th day of Kislev. There are as many ways to celebrate the holiday as there are to spell its transliterated name. 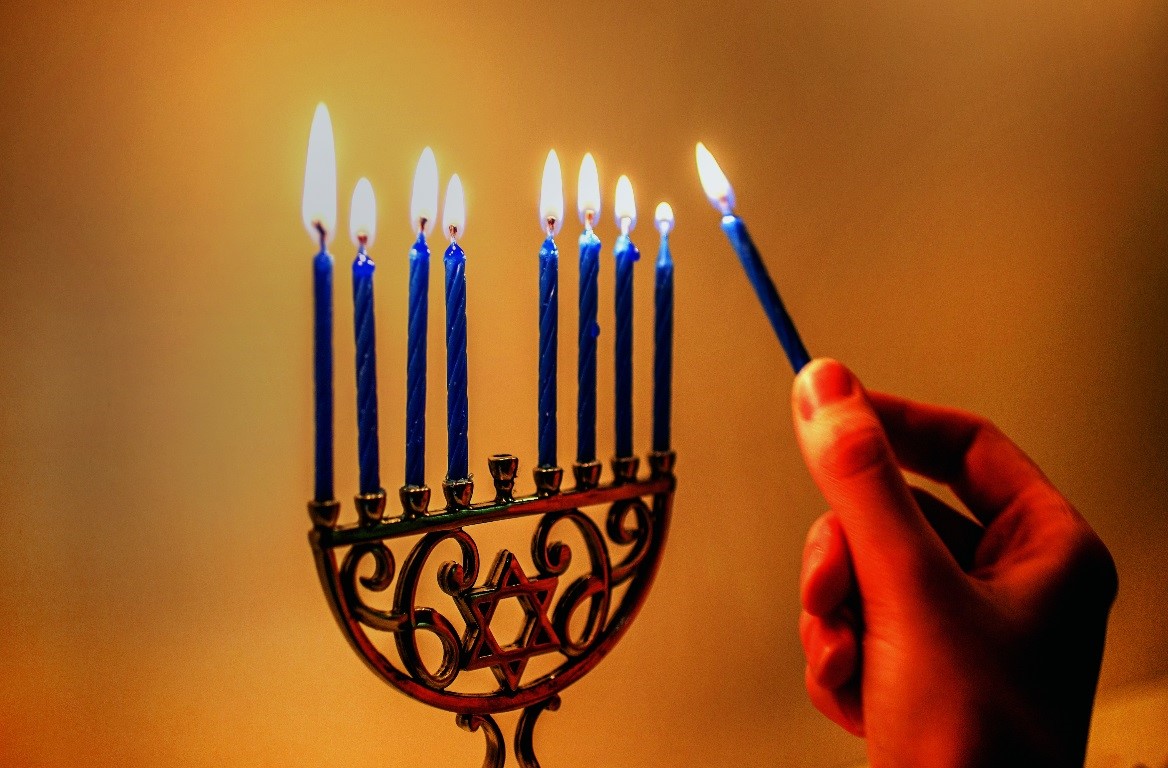 Hanukkah, also known as the Festival of Lights, begins on the 25th day of Kislev. There are as many ways to celebrate the holiday as there are to spell its transliterated name. Historically though, Hanukkah, like so many Jewish holidays, is the story of a small Jewish army defeating a larger oppressing one.

Around 167 B.C.E., Antiochus IV prohibited the practice of Judaism. The Temple was desecrated and many Jews were killed. Two groups rose up against Antiochus IV and joined forces to defeat him. As the victors sought to rededicate the Temple, it became hard to find pure oil for the Ner Tamidner tamidנֵר תָּמִיד"Eternal light;" the light that hangs above the ark in every synagogue; symbolizes God's omnipresence in our lives. , the everlasting light. Only enough oil was found for one day, but it miraculously burned for the eight days that it took to purify a fresh supply. A celebration was declared for eight days known as Hanukkah.

It is only in the last century that Hanukkah has become a prominent Jewish holiday. This dates back to the 1920s, when American Jewish families attempted to assimilate in their communities by celebrating Christmas. In order to discourage this practice, and encourage more Jewish ritual in the home, the National Federation of Temple Sisterhoods (NFTS, now WRJ) encouraged the Reform Movement to embrace the celebration of Hanukkah as an alternative (in addition to Purim and Tu BiSh’vat).

The most memorable part of the celebration is the lighting of the candles on a menorah or hanukkiyah: one for each night that has been celebrated, plus the shamash candle (helper). The first candle is placed at the far right; subsequent candles are added to its left. Additionally the candles are lit from left to right, to honor the newest first, and they are allowed to burn out on their own (but safety first!—blow out your candles before leaving them unattended). The hanukkiyah is also meant to be placed in a street-facing window in order that passersby can also be reminded of the great miracle.

On Hanukkah, we eat food fried in oil to commemorate the miracle; latkes and jelly donuts are popular choices. Another common symbol is the dreidel, a spinning top marked on four sides with the Hebrew letters Nun, Gimmel, Heh, and Shin for "Nes gadol hayah sham," “a great miracle happened there.” The game, often played with candy or pennies, represents the gambling games that Jews used to conceal the fact that they were illegally studying Torah when an official happened by.