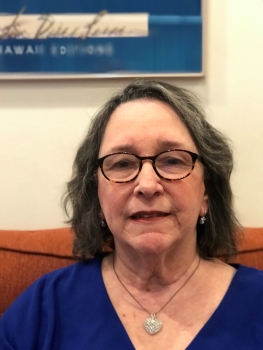 Dr. Madelyn Katz is a Member At Large of the WRJ Executive Committee. As a “child” of the Reform Movement, Madelyn has spent her entire life involved in the Reform Movement. She chose a career in Jewish education to shape the lives of Reform Jewish children as so many others had done for her. As a Reform Jewish Educator, she has done extensive work in the field of leadership, working with Reform Jewish youth, camp staff, and Counselors-in-Training at URJ summer camps, rabbinic students preparing for their rabbinate, and synagogue boards in shaping their leadership. One of the most significant highlights of her career was when she facilitated the development and implementation of the first WRJ Wilkenfeld International Women's Leadership Seminar in London in 2016. Along with the WRJ leadership, she led twenty women from fifteen progressive Jewish communities throughout the world in a two-day seminar that highlighted personal reflection as Reform Jewish women, community-building, and developing action plans for their communities. Madelyn credits this as the springboard for her ongoing commitment to and involvement in WRJ.