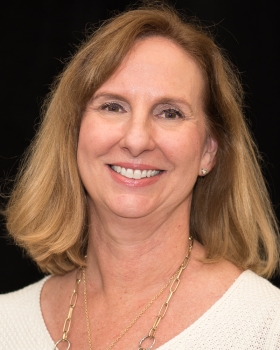 Shelley Niceley Groff is a WRJ Executive Committee member. She also serves as a Vice-Chair of the Union for Reform Judaism (URJ), and as URJ Lay Leader for Youth. In that role, she works with the URJ Youth Team on all aspects of youth engagement, including camp, NFTY, and Israel experiences. Shelley is a Vice-Chair of the Jewish Council for Public Affairs, which is the national hub of the Jewish community relations network, and a board member of Foundation for Jewish Camp. In her hometown of Miami, Florida, Shelley is an active executive committee member of the Greater Miami Jewish Federation, a past chair of Jewish Community Services of South Florida, and a past president of Temple Beth Sholom. Committed to interfaith work, Shelley is a founding co-leader of the Miami chapter of Sisterhood of Salaam Shalom and a member of the Miami Muslim Jewish Advisory Council. She and her husband Jon are the proud parents of Aaron (Amanda) and Emily, and the proud grandparents of Ari Julian. Shelley is a member of the congregations and sisterhoods of both Temple Beth Sholom and Temple Israel of Greater Miami.