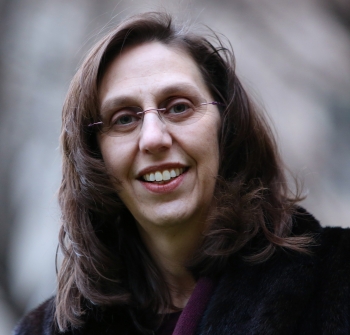 Shoshana Dweck is WRJ Vice President of Advocacy. A recovering lawyer and engineer, she served as sisterhood president of Temple Shaaray Tefila in Bedford Corners, New York, and on the WRJ then-District 3 Board. Shoshana is completing her term as Chair of the New York Says Thank You Foundation. Long part of the Israel/Zionism leadership of the Reform Movement, Shoshana was Vice President of ARZA and is now a member of the ARZENU Board and the Israel Reform Zionism Committee. Shoshana represents our Movement on the JNF Zionist Advisory Board of Governors and within the AZM. A past Federation President and Interim Executive, Shoshana was Vice-Chair of United Israel Appeal, serves on the Jewish Agency for Israel North America Advisory Council, and is a member of the ADL-CT Board and the Georgia Tech Parents Board. Shoshana is the proud mom of James, Joshua, and Gabriel, two cats, and two grand-kitties.