On Friday, March 8, 2019, on the 30th anniversary of Women of the Wall & International Women's Day, Lynn Magid Lazar was asked to deliver the D'Var Torah at her congregation, Temple Sinai in Pittsburgh, PA. Click the link below to listen to her powerful words (at the 57 minute mark):

WOMAN OF VALOR AWARDEES AT CONVENTION 2016: 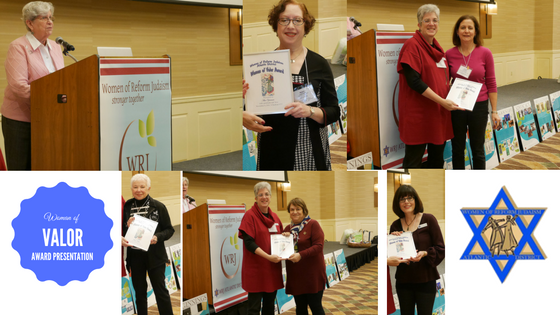 ANNE-MARIE BENNOUN - Temple Sinai of Bergen County, Tenafly, NY - Anne Marie moved to the United States in 1985 and has lived in New Jersey since 1997. Her involvement in Sisterhood began in 2010, where she has served as a board member, Vice President of High Holidays, and she just completed her two-year service as President. Her involvement also includes temple board positions, but she is most proud of a Sisterhood matching fundraising campaign to purcahse Mishkan HaNefesh High Holiday machzors. This inspired the Brotherhood to contribute the same amount of money. She describes her connection to Sisterhood as: "my way to share and express my Jewish identity, to do acts of Tikkun Olam, and set an example for my sons to be involved in our congregation."

EVELYN FAIR - Old York Road Temple Beth Am, Abington, PA - Evelyn joined the Sisterhood Executive Board in 2000 as Vice President for Religion. In that capacity she researched and created a special service for each of eight year and wrote a Sisterhood Shabbat Booklet. She became Sisterhood president in 2010 and served two terms until 2014. Along with doing several projects including serving apples and honey to congregants and sewing pocketed aprons for use at their annual Vintage sale, Hanukkah Secret shop and Bingo, Evelyn prepared a six page booklet of helpful hints for future Sisterhood presidents which they still use today.

BARBARA GIBSON - Temple Sinai, Pittsburgh, PA - Barbara helped create Women of Temple Sinai (WOTS) and has been active since its inception in 1993. In addition to serving many roles in WOTS and the Atlantic District, she offers her invaluable and insightful comments that helps WOTS focus their decisions on the highest ideals and priorities of Temple Sinai, WRJ, Judaism, and life. She is the ultimate rebbetzin to her husband, Rabbi Jamie Gibson, the spiritual leader of Temple Sinai.

VALERIE SLADE - Temple Emanu-El, Edison, NJ - Valerie joined Temple Emanu-El in 2001 and by 2004, she was working hard as the Treasurer, a role in which she has continued to excel until this year. When they tragically lost their president, she unquesitonably stepped up to fill in wherever needed. Several years later, they lost another Sisterhood president, and Valerie took most of the responsibility on herself. She's a "No questions asked" type person and does whatever is necessary to get the job done. She has paved the way for the smooth transition to the next generation of her Sisterhood's leadership.

ALICE YERMAN - Congregation Shaari Shomayim, Lancaster, PA - Alice has been a member of Congregation Shaari Shomayim for over fifteen years when and she and her late husband, Andy, relocated to Lancaster, PA. She has served terms on both the temple board of directors and the Sisterhood board. She currently chairs the Hineini committee which helps congregants when they are in need of rides to doctors, visits at home due to being homebound because of illness or due to the birth of a newborn. She also serves on the Sisterhood Bereavement Committee.

MARIAN M. WOLFERT - Congregation Beth Or, Maple Glen, PA - Marian raised a family and a successful career in health care. A member of Beth Or for fifty years, she has consistently demonstarted all the attributes of a strong dedicated leader and those a true Woman of Valor. Along with Hadassah and her engagement in Tikkun Olam, she is a respected contributor to Sisterhood, serving as Past President, and was honored as Woman of the Year in 2010. Marian serves currently as the Parliamentarian and coordinates the annual Woman of the Year recognition, as well as participating in many other aspects of Sisterhood.

KAREEN HARTWIG - Temple Brith Achim, King of Prussia, PA - To say that Kareen has strongly influenced Temple Brith Achim sisterhood and contributed significantly to its growth is a gross understatement. To say that she has provided continuous leadership and support to sisterhood, the congregation, and to reform Judaism nationally over the last 35 years is not saying enough.Kareen has worked tirelessly and provided leadership, wisdom, inspiration, dedication, and support to sisterhood, the congregation, and the larger WRJ and Reform Judaism communities. She has done everything from held Executive offices for her Sisterhood to being a trusted and creative advisor to those in office to preparing the children at Temple Brith Achim for their B'nai Mitzvot to singing in the temple choir and serving on the temple board. Kareen has also given of herself as a board member of the WRJ Atlantic District and the international WRJ board.

LESLIE LEIBOWITZ - Shir Ami, Newtown, PA - Leslie has been a member of Shir Ami for 25 years and is a Sisterhood past president. She is currently sitting on the synagogue's executive board where she has had the pleasure of overseeing Sisterhood, their youth committee, the religious school, their Chessed committee, membership, and she also ran their Mitzvah Day.

WRJ Atlantic District - We shared, we learned, we colored, we prayed, we laughed, we ate, we were flexible and we rested on Shabbat at our Spring Retreat & Meeting...

Annice Benamy becomes a Certified Cantor and we were there to celebrate with her! 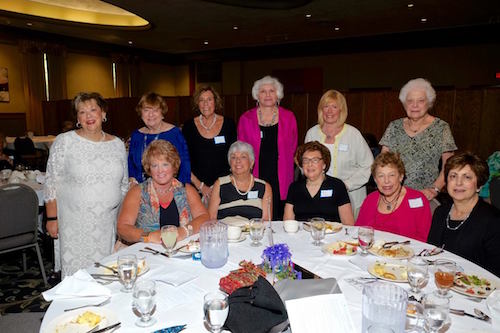 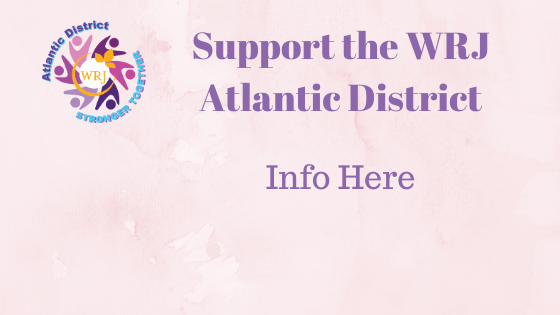 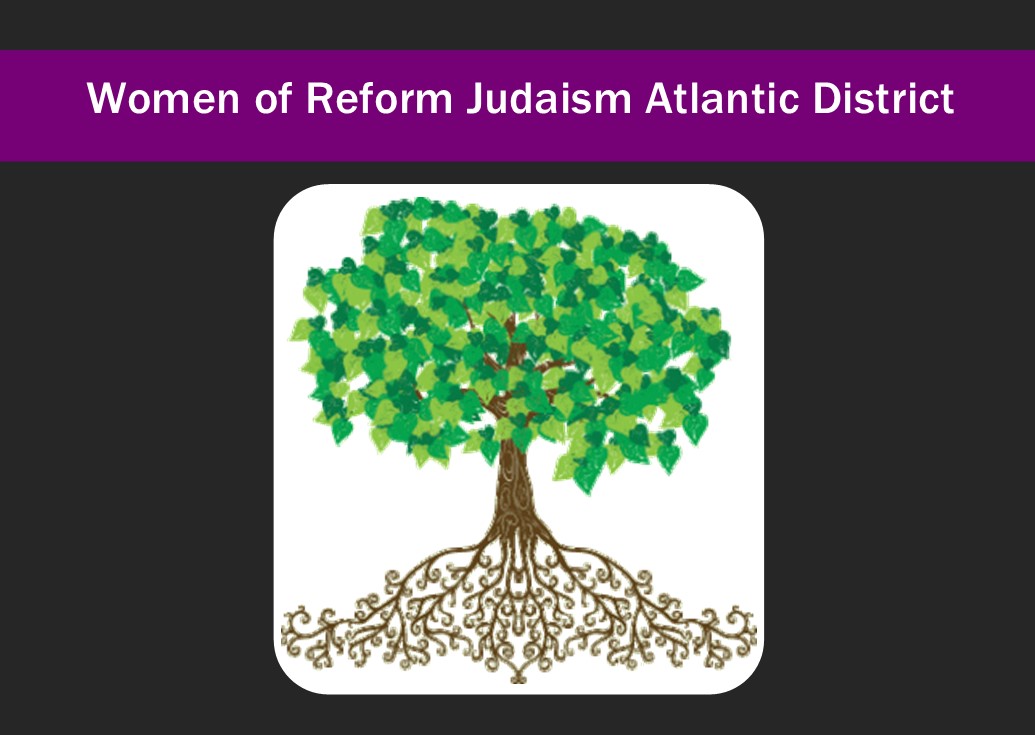