The draft opinion in Dobbs v. Jackson Women’s Health Organization outlines a grim reality for abortion rights. It is an affront to our fundamental right to make our own decisions for our bodies, lives, and futures. As Reform Jews, we will not stand idly by as our rights are taken away. We stand firm in our commitment to the fight for a just and compassionate world, where everyone is free to make decisions about their future no matter who they are or where they live.

If agreed to by a majority of Justices, this decision would have disastrous consequences, leaving tens of millions of people across the country without abortion care. People will be forced to travel across state lines to seek the care they need, and many who cannot travel – due to a lack of adequate financial resources, time off from work, or child care, for example – will be forced to carry their pregnancies against their will, putting their mental and physical health at risk. The impacts of this decision will fall hardest on those already facing discriminatory obstacles to health care and other human rights, including Black, Indigenous, and other People of Color, people with disabilities, people in rural areas, undocumented people, and low-income people.

We vehemently condemn the Court’s apparent willingness to overturn decades of precedent set forth by Roe v. Wade and Planned Parenthood v. Casey. This draft ruling upholding Mississippi’s 15-week ban would be an unconscionable rollback of fundamental rights and human dignity for all people in the United States. Abortion bans like Mississippi’s that are being introduced and signed into law across the country already are rooted in anti-Black racism, white supremacy, and other systems of oppression. This decision would not only decimate abortion access, but also explicitly threaten other fundamental rights we hold dear, including the LGBTQ+ rights affirmed by Lawrence v. Texas and Obergefell v. Hodges.

It is clear we must continue to pursue actions outside the courts to protect each person’s fundamental rights to provide and receive abortion care, to marry whom we love, and to have full bodily autonomy through laws and federal protections, including the Women’s Health Protection Act, the EACH ACT, and the Equality Act.

All people deserve bodily autonomy and access to a full range of high-quality health care, including abortion care, free from barriers and stigma, regardless of who they are, their religious beliefs, their income, and where they live. We are proud that Jewish tradition regards abortion as essential health care, not only permitting the termination of pregnancy, but even requiring it when the life of the pregnant person is in danger. Restricting access to reproductive health care impedes the freedom of religion granted by the First Amendment, including a Jewish person’s ability to make decisions in accordance with their religious beliefs.

As people lose access to abortion across the country and our fundamental rights and moral agency are targeted, we will continue to provide support to our communities and broader U.S. community and continue the fight for all people to determine their own futures and lives.

The Religious Action Center of Reform Judaism is the Washington office of the Union for Reform Judaism, whose 850 congregations across North America encompass 1.8 million Reform Jews, and the Central Conference of American Rabbis, whose membership includes more than 2,000 Reform rabbis. Visit www.RAC.org for more.

Women of Reform Judaism (WRJ) is a network of Jewish women working together to empower women and communities worldwide through the bonds of sisterhood, spirituality, and social justice. WRJ, founded in 1913, is the women’s affiliate of the Union for Reform Judaism, the central body of Reform Judaism in North America. For more information about WRJ, please visit our website at www.wrj.org

The Central Conference of American Rabbis (CCAR) is the Reform Rabbinic leadership organization. The CCAR strengthens the Jewish community by providing religious, spiritual, ethical and intellectual leadership and wisdom. CCAR and its members lead the Reform Movement on important spiritual, social, cultural and human rights issues, as it has done since 1889. CCAR also is the center for lifelong rabbinic learning, professional development, and resources for the more than 2,100 rabbis who serve more than 1.8 million Reform Jews throughout North America, Israel and the world. Since its founding, the CCAR has also served as the primary publisher of the Reform Movement through CCAR Press and its imprint Reform Judaism Publishing. 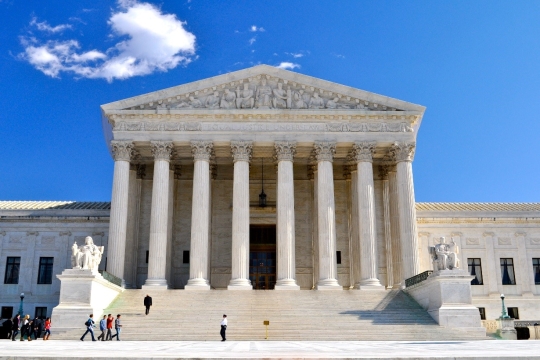