June 8, 2022 – Dr. Dana Herman, an archivist in charge of the WRJ Collection at HUC’s Jacob Rader Marcus Center of the American Jewish Archives (AJA) in Cincinnati, is the 2022 recipient of the Women of Reform Judaism (WRJ) HUC Faculty Award. By cataloging, preserving, and providing access to these significant historical records, Dr. Herman has ensured that the extensive documentation of WRJ's contributions to the Reform Movement and North American Jewry will live on in the future. Dr. Herman was also one of the editors of Sisterhood: A Centennial History of Women of Reform Judaism, published at the time of WRJ's centennial celebration in 2013.

"To have WRJ see and recognize the work of the American Jewish Archives and the work that I do as Director of Research & Collections, in particular, is a deeply felt honor. I share it with all of my colleagues in Cincinnati who work to fulfill the important mission of our institution," said Dr. Herman.

WRJ Executive Director Rabbi Marla J. Feldman stated, "We are delighted to offer the WRJ HUC Faculty Award this year to Dr. Dana Herman in acknowledgment of her insightful work that celebrates women's leadership and achievements in the Reform Movement and their impact that continues to help shape American Jewish life."

​ The WRJ Faculty Award was established in 2013 in honor of Rabbi David Ellenson upon his retirement as President of HUC-JIR. It is given biennially to a member of the HUC-JIR faculty or administration who has supported WRJ in its endeavors and whose work exemplifies the values and mission of the organization. The inaugural recipient in 2013 was Rabbi Dr. Gary Zola, Executive Director, Jacob Rader Marcus Center of the American Jewish Archives. In 2016, Dr. Richard S. Sarason, Director of the Pines School of Graduate Studies at Hebrew Union College-Jewish Institute of Religion (HUC-JIR) in Cincinnati, was the second recipient to receive this honor. In 2017, Dr. Tamara Cohn Eskenazi and Rabbi Andrea Weiss, Ph.D., who served as the editors of the groundbreaking publication The Torah: A Women's Commentary, were the recipients of this Award, in celebration of the 10-year anniversary of the publication.

Dr. Dana Herman serves as Director of Research & Collections at The Jacob Rader Marcus Center of the American Jewish Archives on the historic Cincinnati campus of HUC-JIR. She received her Ph.D. in modern Jewish history from McGill University in Montreal, Canada. In 2007, Dr. Herman joined the administration as managing editor of the AJA's peer-reviewed academic journal, The American Jewish Archives Journal. Her portfolio expanded to include directing the AJA's international fellowship program, working closely with the HUC-JIR rabbinical and graduate students, overseeing the acquisition and collection development of the archives, and partnering with colleagues on public programming and community initiatives. In 2013, she co-edited (with Carole B. Balin, Jonathan D. Sarna, and Gary P. Zola) the volume Sisterhood: A Centennial History of Women of Reform Judaism (published by HUC Press).

Women of Reform Judaism (WRJ) is a network of Jewish women working together to empower women and communities worldwide through the bonds of sisterhood, spirituality, and social justice. WRJ, founded in 1913, is the women's affiliate of the Union for Reform Judaism, the central body of Reform Judaism in North America. For more information about WRJ, please visit www.wrj.org 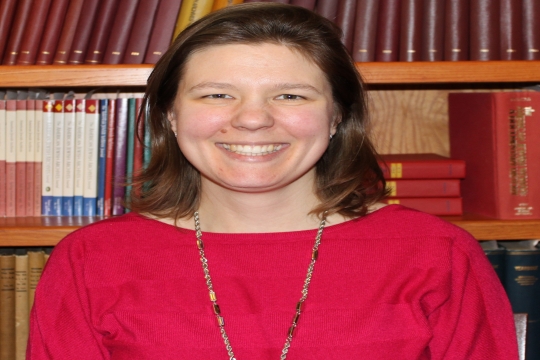