Continuing A Legacy of Activism 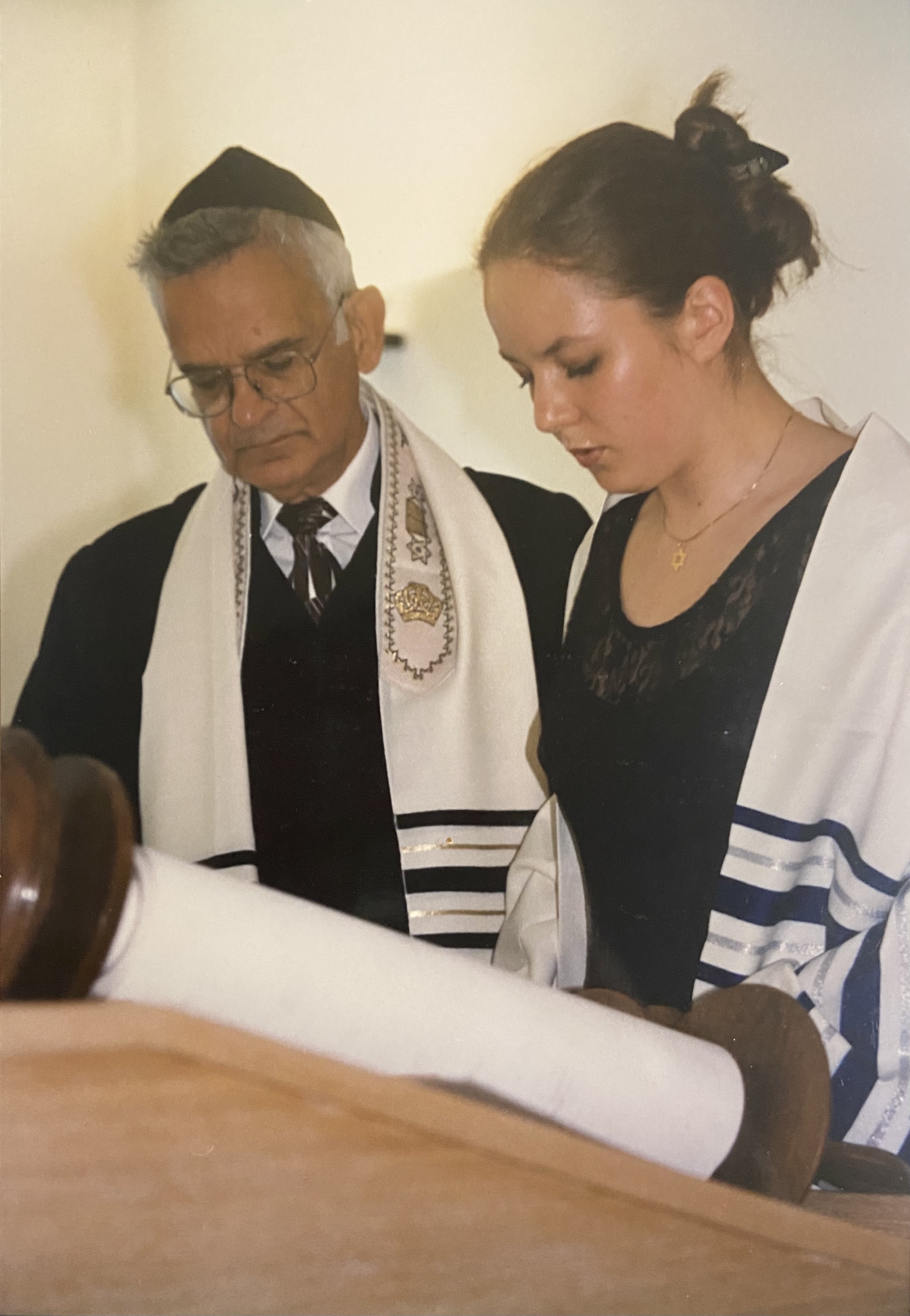 Growing up in the suburbs of Munich, Germany as the only openly Jewish family in the neighbourhood meant that my parents had to work hard to ensure that my two younger sisters and I had strong Jewish identities. I am a third-generation Holocaust survivor. The reality of the Shoah was always a part of our lives—most markedly in the absence of extended family—but, thanks to my parents, neither my relationship with Judaism nor our daily lives in the country of the perpetrators were ever defined by it.

My father’s family had embraced progressive Judaism from the onset, and my father had inherited this identity even though the mainstream expression of Judaism in the years after the Holocaust was Orthodox. Frustrated by the quality of the education that the children received in the Orthodox religious school and troubled by the values that were taught there, my parents helped to establish a Reform Sunday school together with a small group of families. When the group decided it was time to form a community in March 1995, my family’s years of religious communal homelessness finally came to an end, and we found a home in the Liberal Jewish Community Beth Shalom, Munich.

I celebrated my Bat Mitzvah on a warm Shabbat in June 1997 at the age of 16, as the congregation was still reliant on visiting rabbis and my parents could not afford to pay for a rabbi to come over from the US or Israel just to officiate at my Bat Mitzvah. The date was chosen to coincide with the founding of the Union for Progressive Judaism (UPJ) in Germany, which brought together the ever-growing number of Liberal congregations around Germany. As the first Bat Mitzvah of a German Jewish girl in a Liberal synagogue after the Shoah, the event attracted a lot of attention and at one point the photo of me reading from the Torah was even used on the cover of a book on Jewish pluralism in Germany. But it was a different picture that caught my attention when I opened my Bat Mitzvah photo album as I was writing this piece: the first picture is a lovely photograph of the four rabbis who were present – all male. It is representative of what the Jewish world of my youth looked like in Germany: there were no female rabbinic role models.

My parents were committed activists. Having met at Amnesty International, their focus in the 90s shifted to working for the recognition of Progressive Judaism in Germany. My father, in his lay role as the President of the UPJ, was instrumental alongside several other key figures in fighting successfully for full state recognition of Progressive Judaism in Germany. It was obvious to my parents that my sisters and I would find our own place of activism within the movement. Through my involvement in establishing the Progressive Jewish young adult movement in Germany, I became involved in the World Union for Progressive Judaism. It was the engagement with the international Jewish community that led me down the path of leaving my chemistry career and embarking on a career in the rabbinate.

Today, I am the senior rabbi of a wonderful large congregation in North-West London. I love the congregational rabbinate but am particularly grateful to the leadership of my congregation for giving me the opportunity to continue my activism. As the international chair of Arzenu – the political voice of Reform Progressive and Liberal Religious Zionists, I can contribute to the important struggle for religious pluralism in the State of Israel. I walk in my father’s footsteps and carry his optimism with me. I realize that we still have a long path ahead of us, but I am certain that our way of being Jewish will eventually be recognized by the State of Israel. We just must bring our best people to fight alongside us. And so, it has been my greatest privilege in my first term as Arzenu chair to work to bring more young people and women into the Zionist movement. It filled me with great pride that our delegation at the Zionist Congress in October 2020 far exceeded the mandated quota for women and young delegates. I am grateful to Women of Reform Judaism for being wonderful partners in this work, and for lifting my efforts and awarding me with one of the WRJ Empowerment Awards in 2019.

With partners like WRJ, who were key supporters in the struggle for recognition of Progressive Judaism in Germany, we can ensure that Progressive Judaism will continue to flourish around the world and be fully recognized everywhere—even in the State of Israel.

Rabbi Lea Mühlstein is the Chair of Arzenu and Senior Rabbi of The Ark Synagogue, Northwood, England

This story is part of WRJ's "Sharing our Stories" series. Reform/Progressive Jewish women in North America and around the world share personal stories of sisterhood, spirituality, and social good to create connections and a better understanding of each other, our shared values, goals, and challenges.

Want to share your story?  Communities around the world would love to hear from you. Please contact WRJ Board Member Karen Goldberg for more information.